There are two neighboring Ninja Village , Koga in Kyoto and Iga in Mie.

Koga or Koka  is less touristy and more for kids than adults.

Iga has more activities for tourist and for adults as well. Ninja costume are more elaborate than of Koga but both places are fun to visit and just an hour by train from each other. 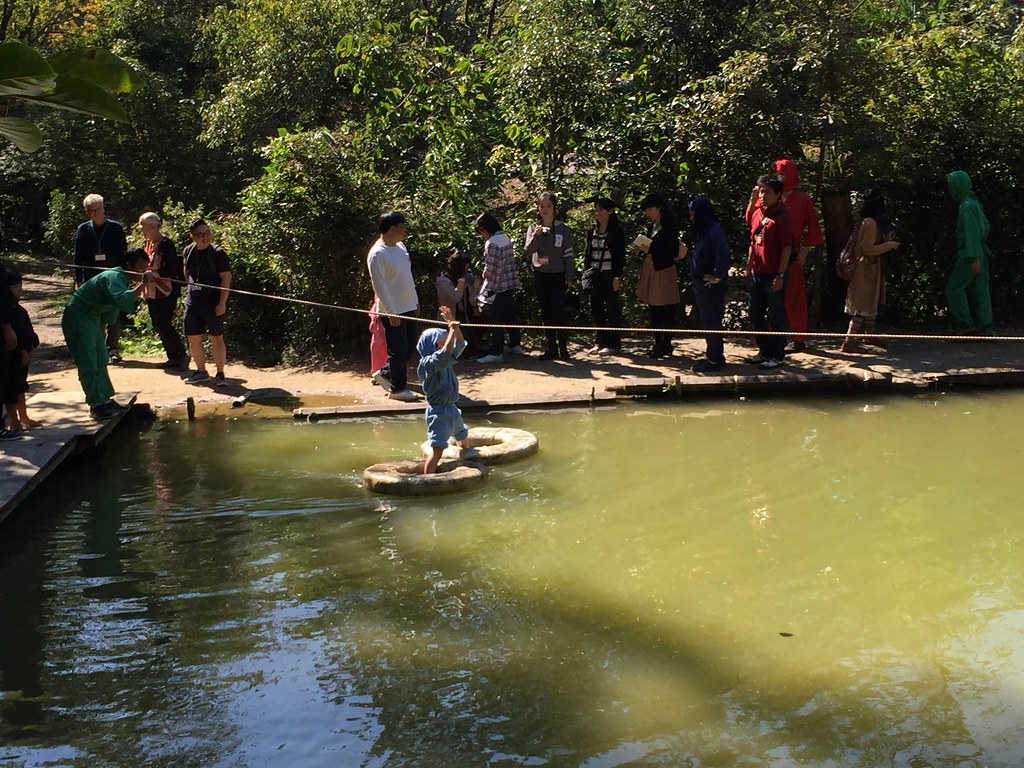 Kids can try to imitate walking on water. 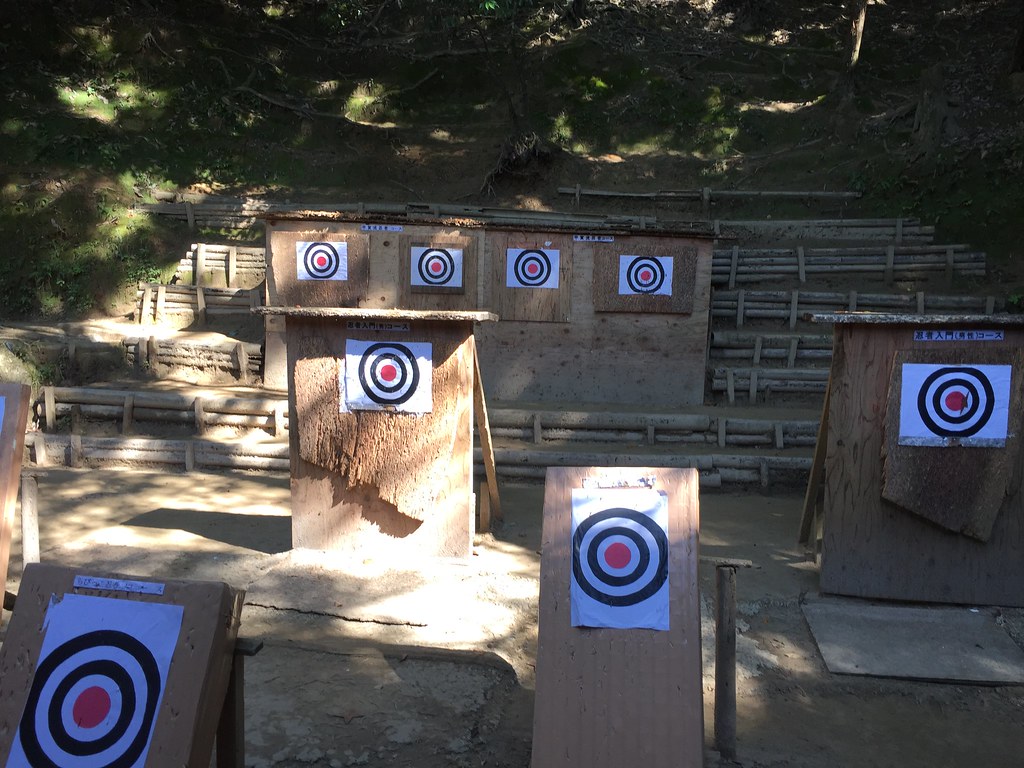 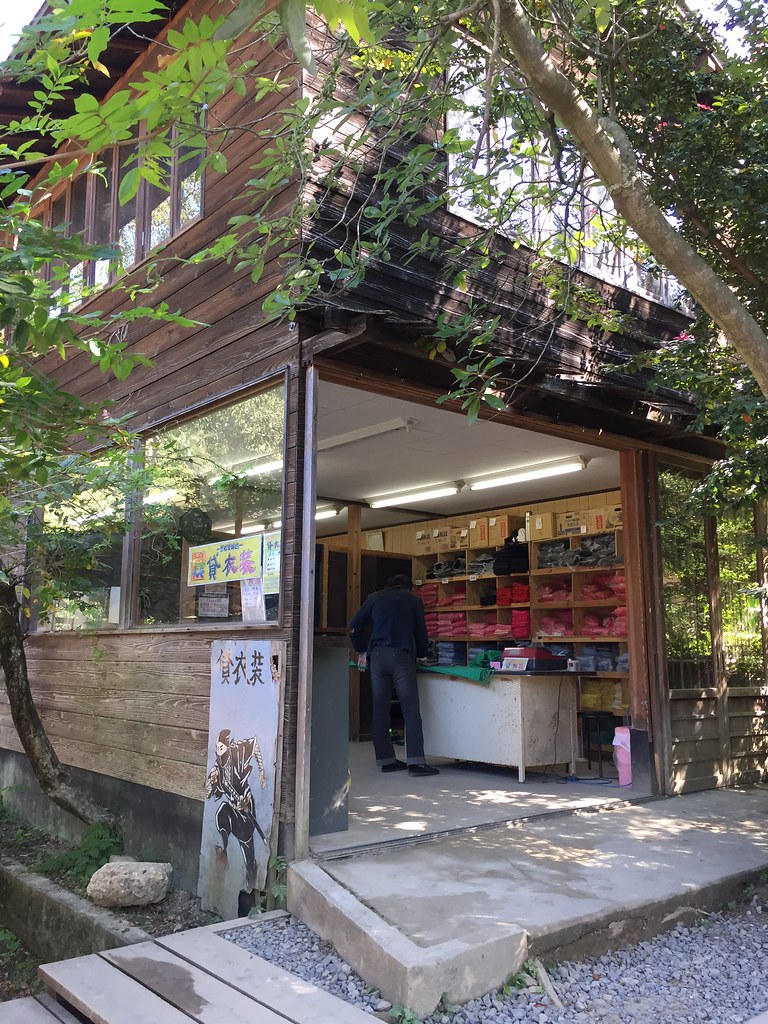 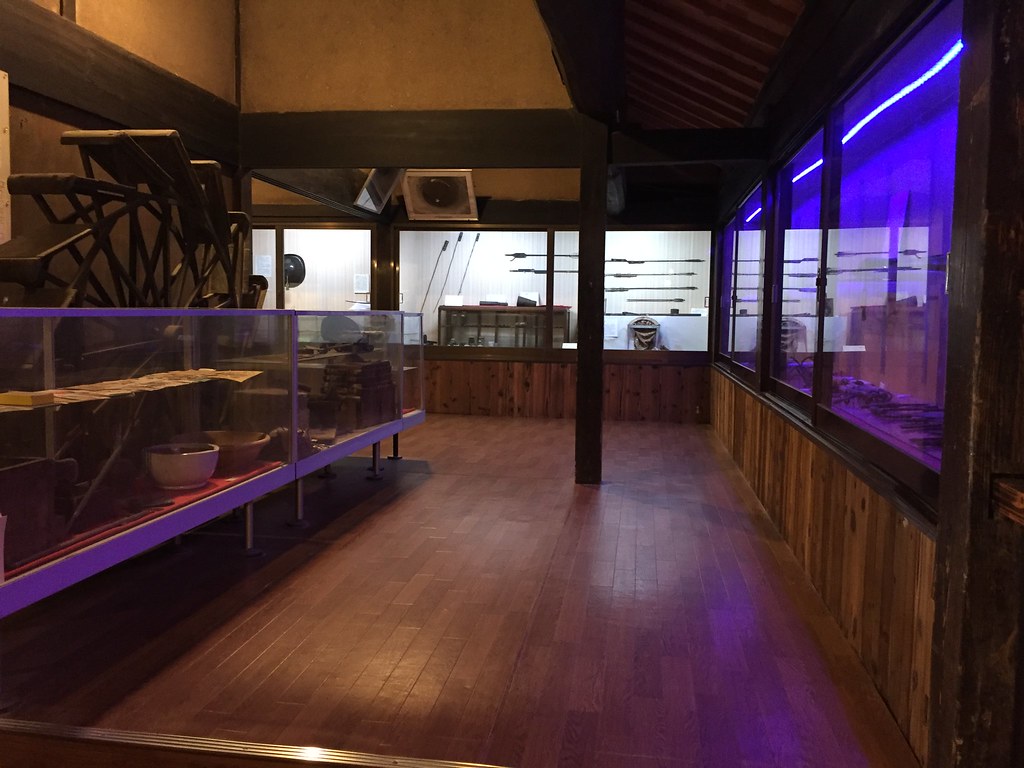 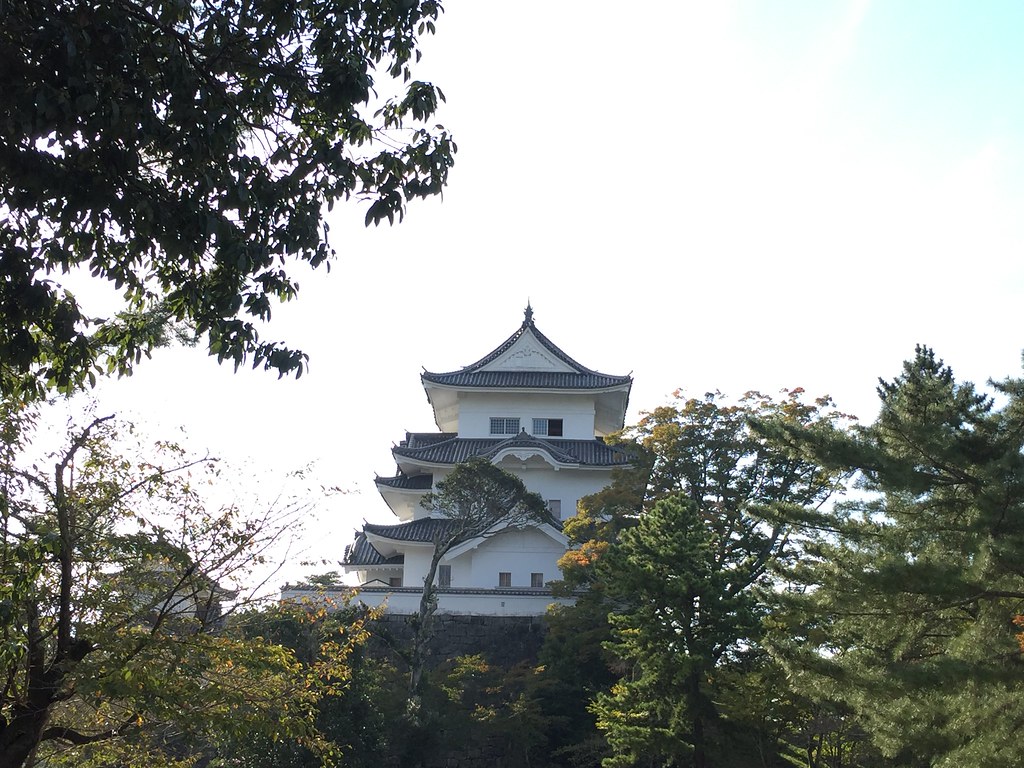 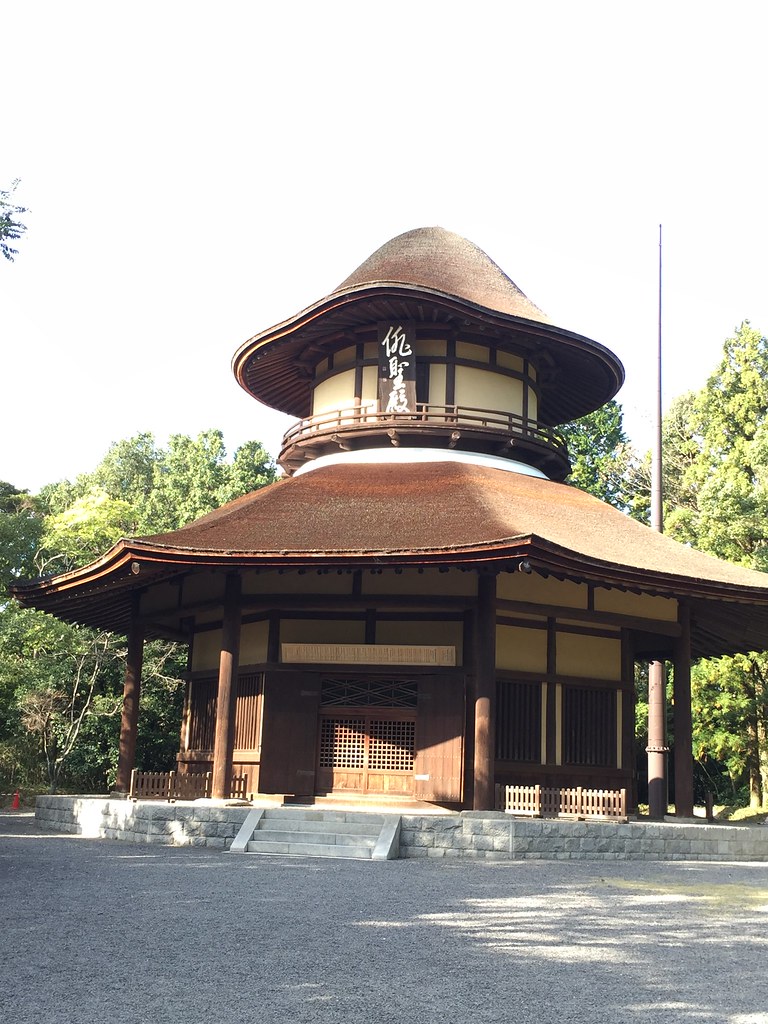 Iga is also easier to access from the train station than Koga.

If you decide to go to Koga, you can give them a call for free pick up from the train Station.

Akame 48 waterfalls is located in Nabari City Mie Prefecture and considered to be the birthplace of Ninja and home to giant Salamander.

After several failed attempts since last year, together with C, I finally made it there at the end of summer.

It’s about an hour train ride from Osaka by Kintetsu Line and another 10-15 minuted ride from the train station to the base of the waterfall.

To know more information about the place check out the website.

My Photo Collection is here.

Yes, you probably think I’m crazy but that was how long it took me to get to my destination last winter break. Of course I was using the Seishun 18 ticket, so basically I can only use the trains that does not require any extra fee, mostly local on this trip.

I had no regrets though, it was a very scenic and relaxing train ride. I passed several prefectures before finally arriving to my final destination.

The train finally arrived in Kamo(加茂) Station in Kyoto Prefecture that will take all the way to Kameyama(亀山) Station, Mie Prefecture.

Going deeper to the mountain area of Mie Prefecture , everything was blanketed in snow.

Even the rail tracks were covered in snow

The train to Kameyama was a one-manned train and only 2 cars. The train ride was about an hour and 30 minutes and had to wait in Kameyama Station for 24 minutes for the next train to Nagoya.

The train to Nagoya was slowly filled up with people as we pass along the Mie Prefecture so I did not have much room to move around the train to take some picture. It was still scenic though but no snow. The ride was about an hour and 20 minutes and had to wait about 7 minutes for the my next train to Gifu and then change again to another train for Minoota Station(美濃太田)

While going to Minoota, I noticed that some of the stations are unmanned, just like the way to Takeda. Passengers need to pay at front of the train directly to the driver based on where you get on.

The ride to Minoota was only 30 minutes but unfortunately, the train was late for about 20 minutes. I have to wait for 82 minutes in Minoota for the last train transfer so it was not that bad. I did not find any convenience store or any cheap places to eat like Yoshinoya or Matsuya, fortunately though the hotel in front of the station have a lunch buffet for 1200 yen including drinks so I ate the much needed sustenance and have coffee.

One station away to my final stop, the train have to wait for the Limited express train for about 20 minutes. Had a few minutes to walk around and enjoy the view. Can you figure out where I’m going now? 🙂

Panoramic View around the station.

I arrived about 40 minutes late than my original ETA but it was okay. Oh and yes I am in snowy Takayama City , Gifu Prefecture.

Shinkansen or Bullet trains are fast and can take you from destination A to B but it does not have any views compared to the local train ride. It does need a lot of patience though and correct timing to connect your train or it will be another hour or two before the next train especially if you are crossing one Prefecture to the next. BUT if you have time, it is definitely worth a try.

T and I wanted to try some of the beaches here in Japan. Our first choice was Shirahama in Wakayama Prefecture but getting to place is not that convenient if you don’t own a car. Most of the people I know usually rent a car and just share the expenses. Another thing is that the accommodation were a little pricey to our budget.  Searching and more searching and trying to decipher Kanji , I finally found Goza Shirahama in Mie Prefecture. We found and affordable and fast way using Kintentsu Line. Next would be accommodation.

I was looking at the Mie Prefecture tourist website and since I could not find any Goza information, I contacted them and was kind enough to direct me to the correct website in which I found Misakiso Hotel/Ryokan. One thing that I like when i was checking their website is that prices are the same whether its normal days or holidays and the picture of the food was so delicious.  And then the location, the beach is just a few seconds or a minute away. Once you get out the hotel, there is a direct stairs to the beach.

T and I decided to reserve the one of their “plan” since we are not sure if there are restaurant in the area, which was the right decision. We opted for the cheapest(伊勢志摩の海の幸♪やすらぎ風景と旬の味覚プラン) which is 8,800 yen/person ($90) which includes breakfast and dinner. And the food was oh so heavenly. Fresh catch of day cooked in several ways.  The price was definitely worth it.

They put us in the first floor of the building fronting the beach and our room has its own toilet and bath. It was a Japanese style room good for 2 people and we also have a small area where we can seat and have some tea while listening to the sound of the waves.

The hotel also provided us with free transport to and from the port area all for free. Hotel does not accept credit card so make sure to have enough cash on you.

The service, let’s just say we were treated like king and queen :).

If I ever go back to Goza, there is no question this is the place that I would stay again.

I do like taking picture of interesting signs, so I do have a bit of collection with it. Here are the most recent one I have taken so far.

It says “Sanrio Store”, in Kurashiki Okayama Japan. Hello Kitty is everywhere , so it was not surprising to found one in a small town of Kurashiki.

A drinking bar/restaurany in Ooyama Itabashi Ward , Tokyo Japan. The empty drums line is actually a general menu of what the place offered.

Be sure not to leave your dog poop behind.

Safe sex everyone. A condom store in Shibuya Japan.

The Road is under what? Oslob Cebu Philippines.

Where to go in case of Tsunami. In Goza Shirahama, Mie Japan.

The Biscuit Cafe is located upstairs 🙂 at NakasakiCho Osaka Japan.

I know  I do have some more funny signs , I just need to look for them. Enjoy the rest of the week :D.