It is a city located in Hyogo Prefecture and can easily be accessed by either JR or Hanshin Train line from Osaka. 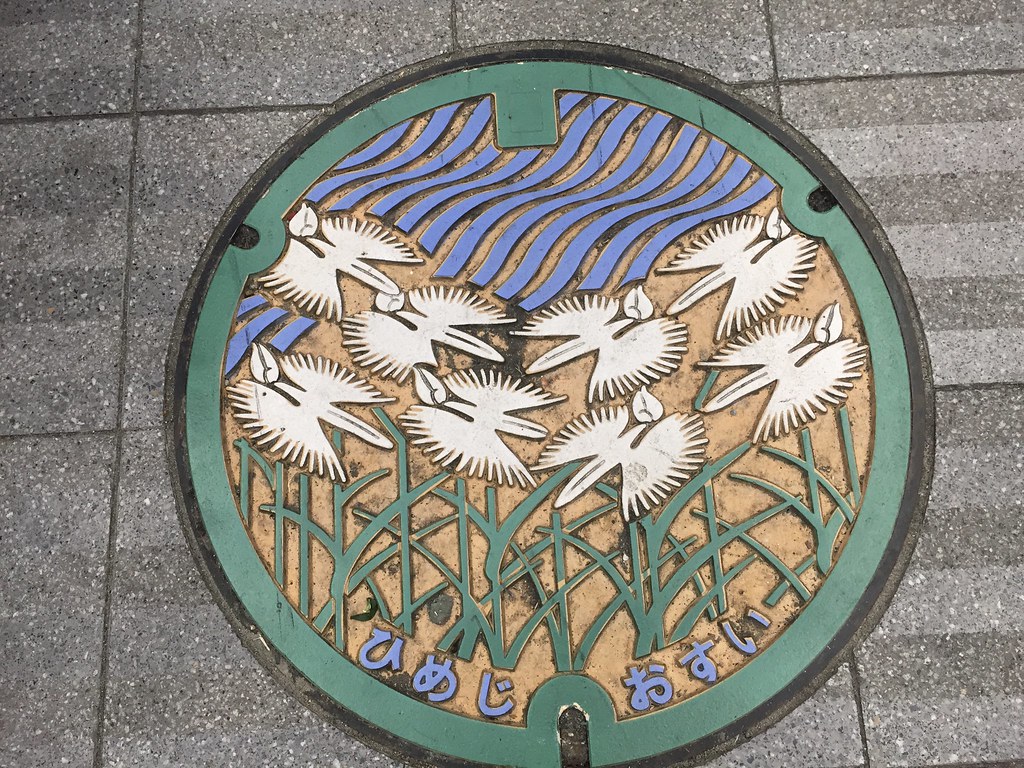 At first I thought the design was a bird but it is actually the city’s flower called Sagiso (Radiata Flower). 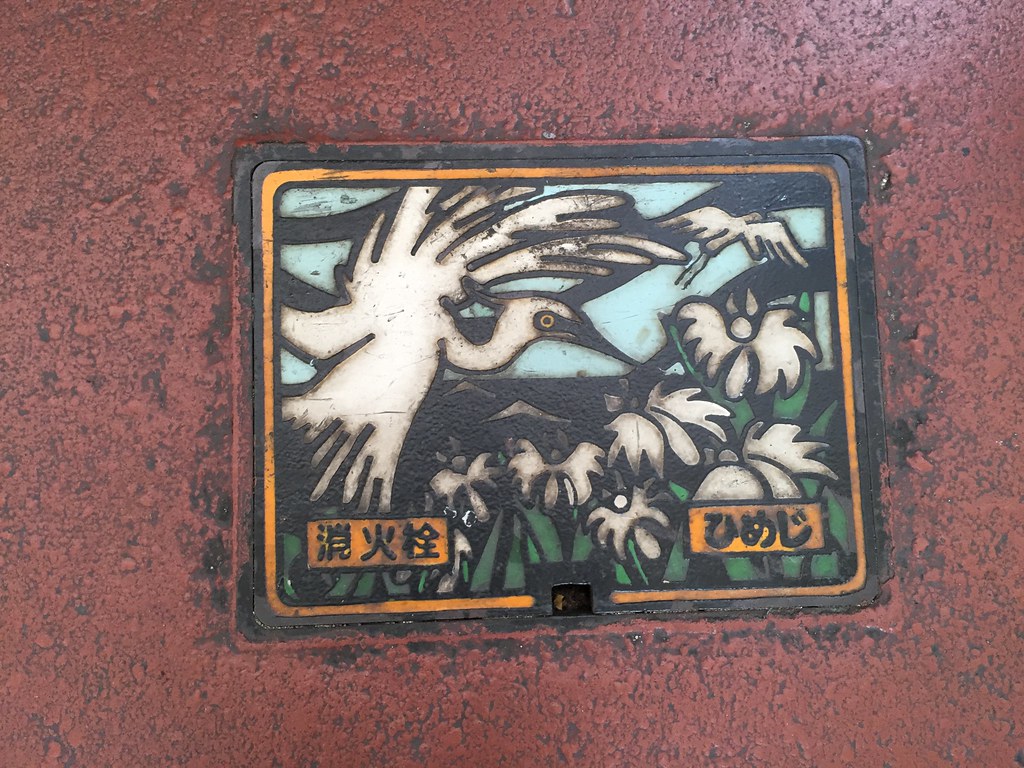 This other one is the flower and the bird (White Egret).

According to this page, there is another design which has the castle on it. I guess I have to go and look for it one more time.

If you are ever in Himeji area, try to look this manhole cover.

Awaji Yumebutai is the site where earth was remove to build artificial islands in Osaka Bay such as the Kansai International Airport. The natural environment which was once destroyed by man has been returned to its original state and a place where various animals and plants exist has been created.

It is a difficult place to go if you don’t have your own car or cannot drive like me. Fear not buses are available from Sannomiya or Maiko Station.  One way is 930 yen and will take about 45 minutes.  The bus will cross the huge Akashi bridge and it is a pretty awesome site.

There are no entrance fee to explore AwajiyumeButai but if you go into the Botanical garden which I highly recommend, then there will be an extra fee.

It was alreday middle of summer when we went so barely any flowers left but the view from garden is still pretty nice albeit very hot. 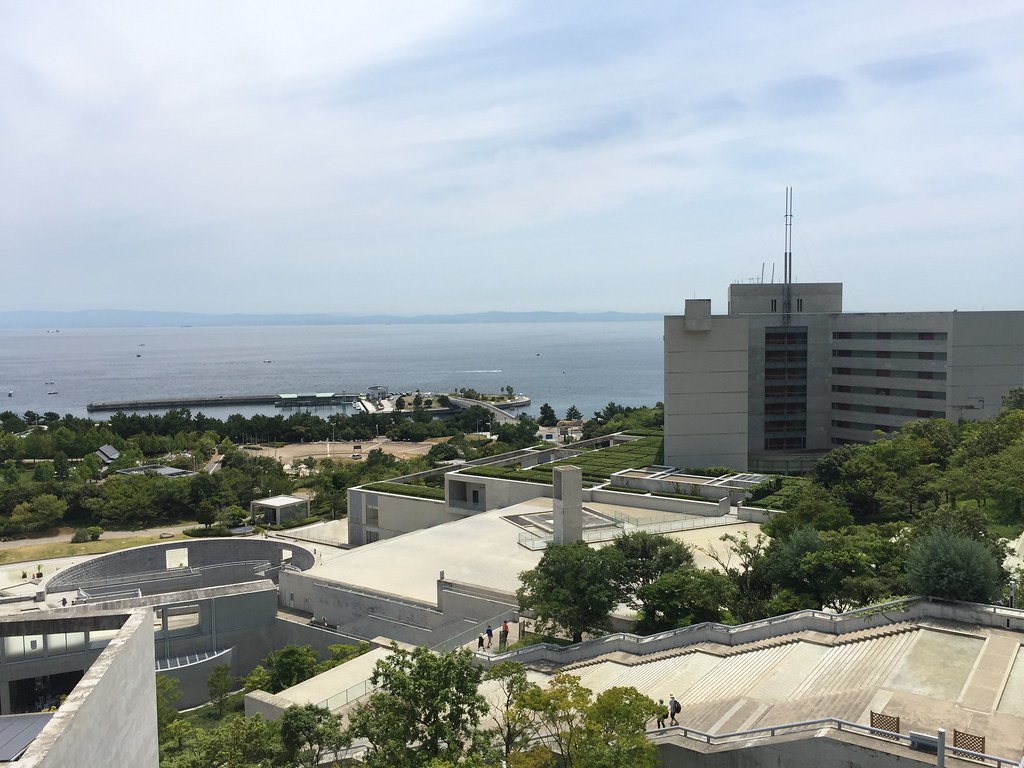 See the small square on top of the hill? That is where the nice view which you saw in the first picture 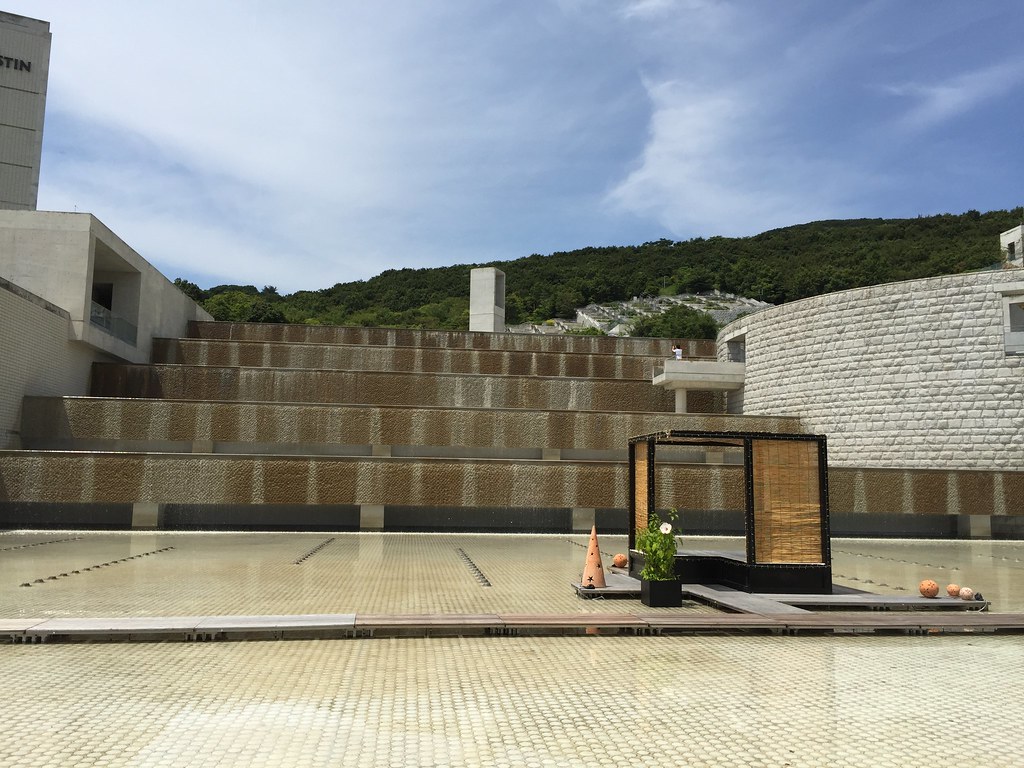 I wanted to jump in to cool down, but water is too shallow and I might be kicked out. 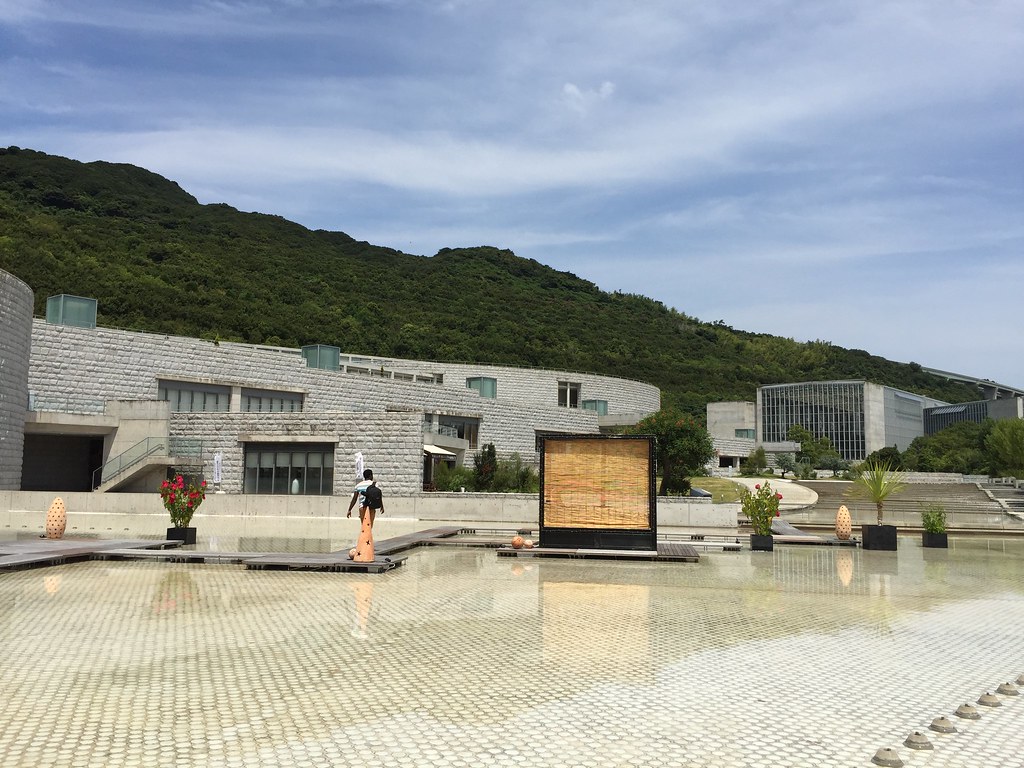 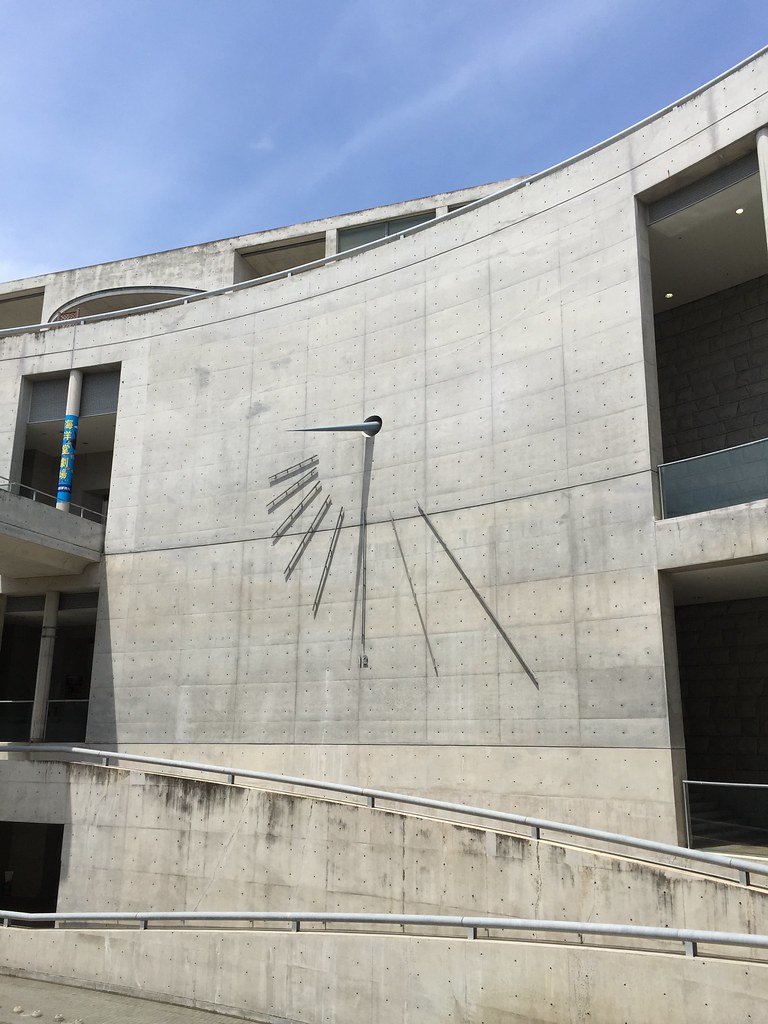 We made it to the top. 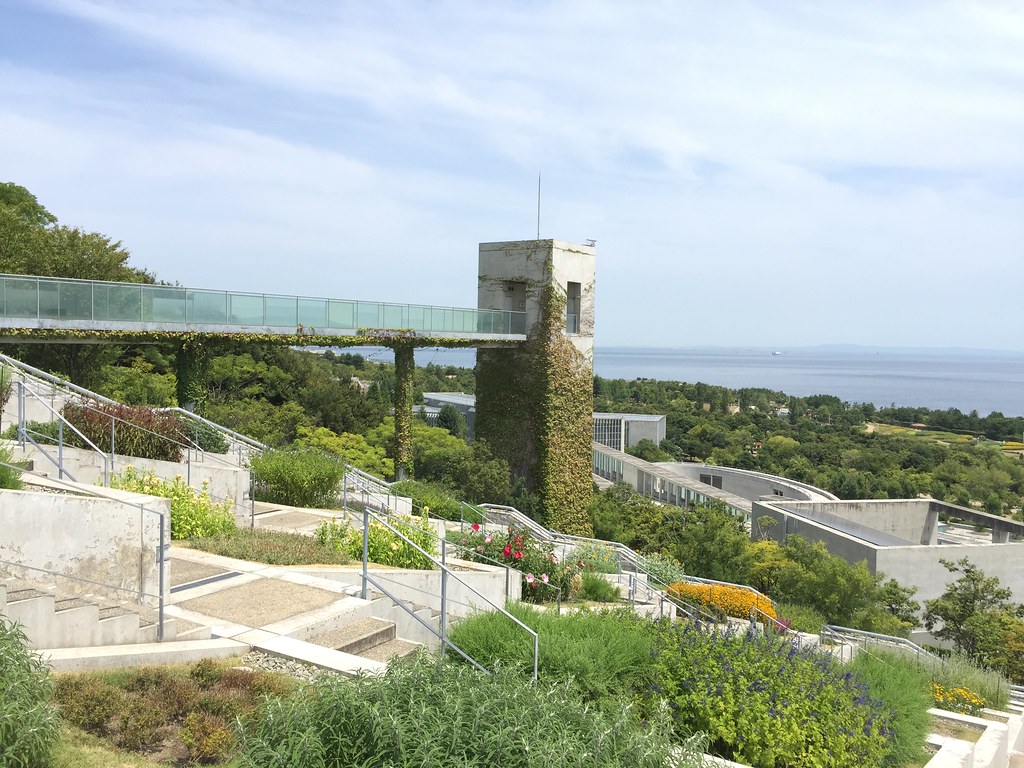 Another view from a different angle. 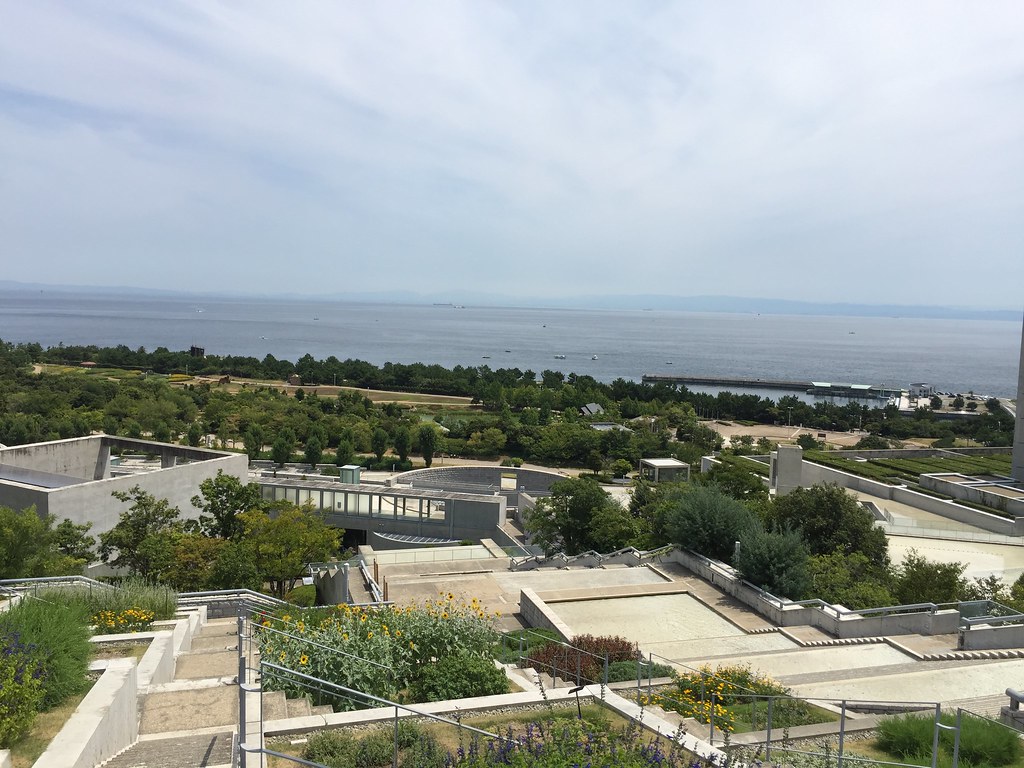 Each squares contains, different kind of veggies or flowers 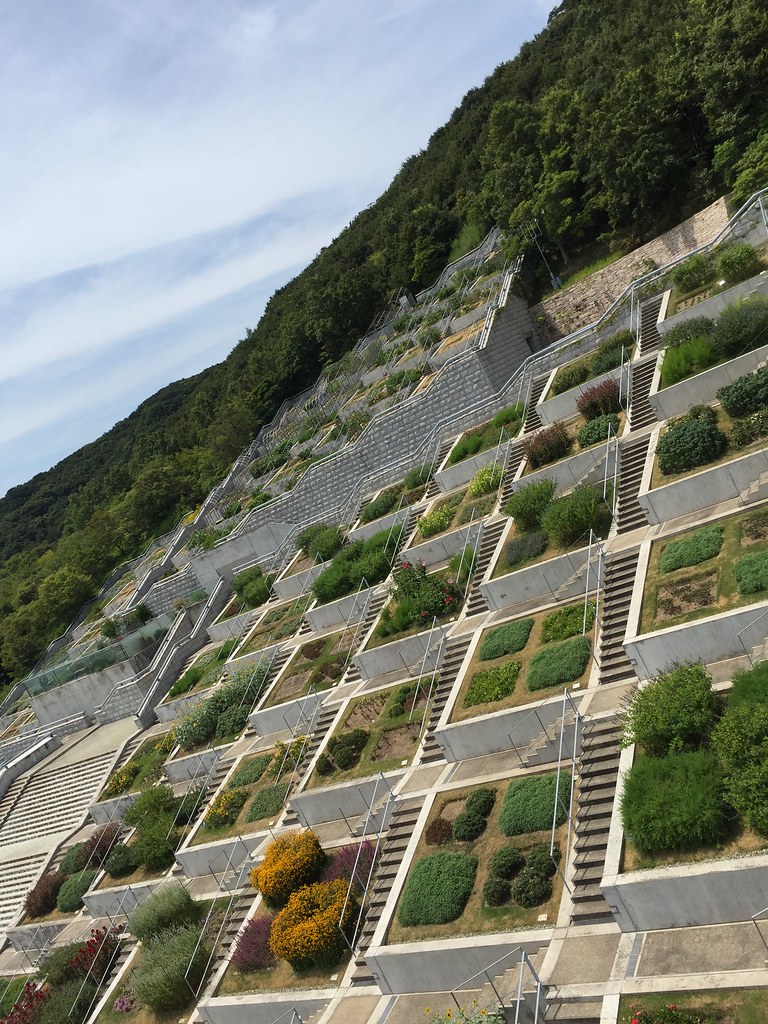 A panoramic view with my two companions 😀 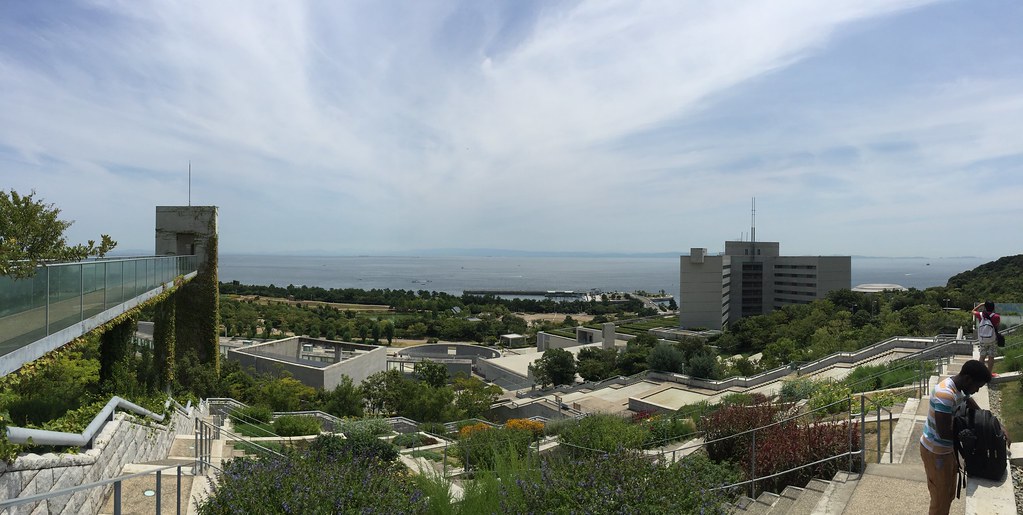 If you want to relax and enjoy nature ,art and the beach at the same time, Awaji Yumebutai is the place to be.

Late September of 2014, the heat was finally easing up a bit that HIK decided to have another hike to Mt. Arechi in Hyogo Prefecture. The rating was easy 3 star so I drag T with me to have some outdoor exercise and some socializing. The hike was both challenging and lots of fun. A few bruises here and there from climbing on the rocks but it was definitely worth it. 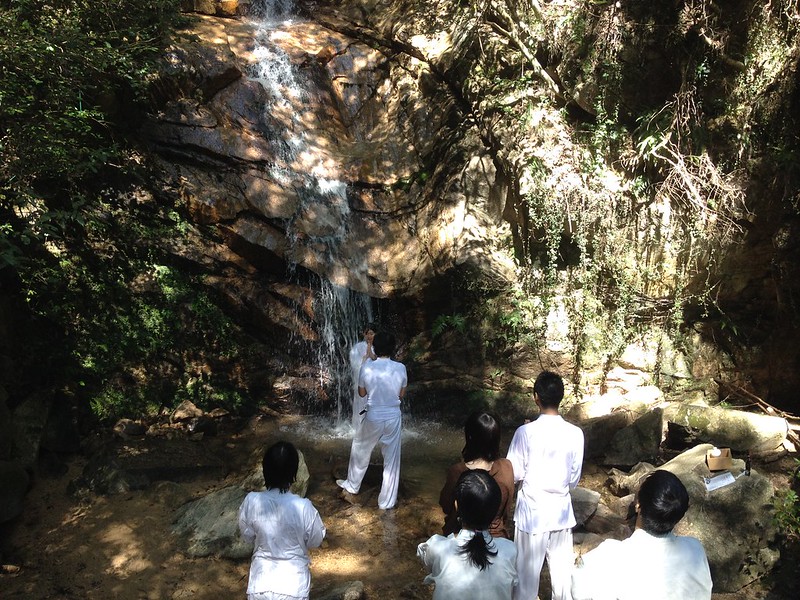 Some students training under the waterfall. 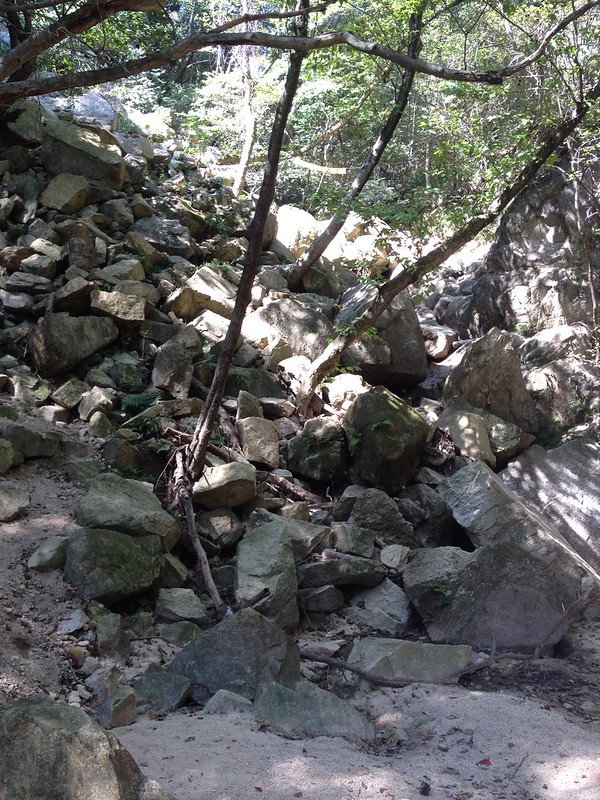 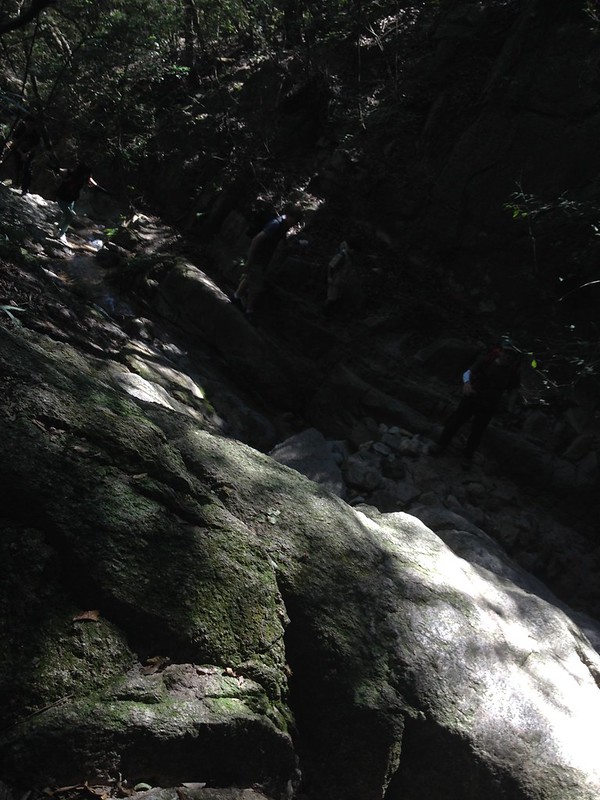 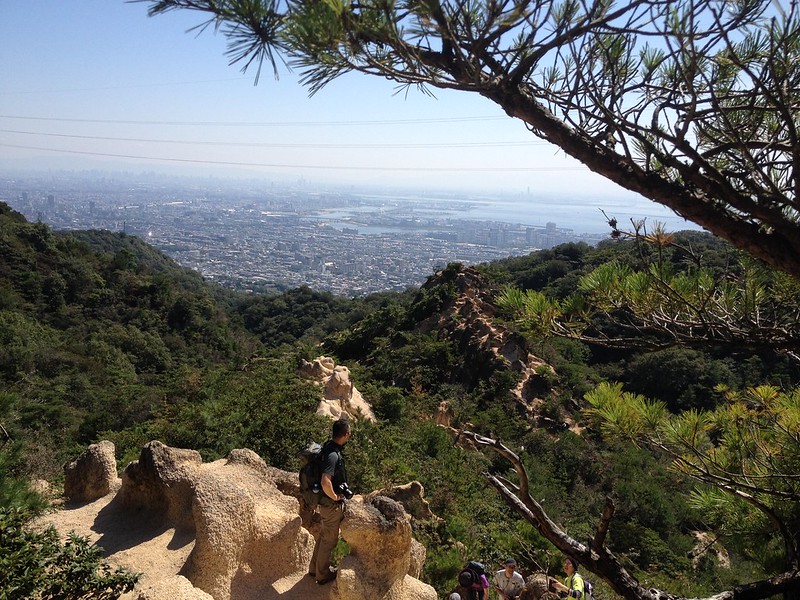 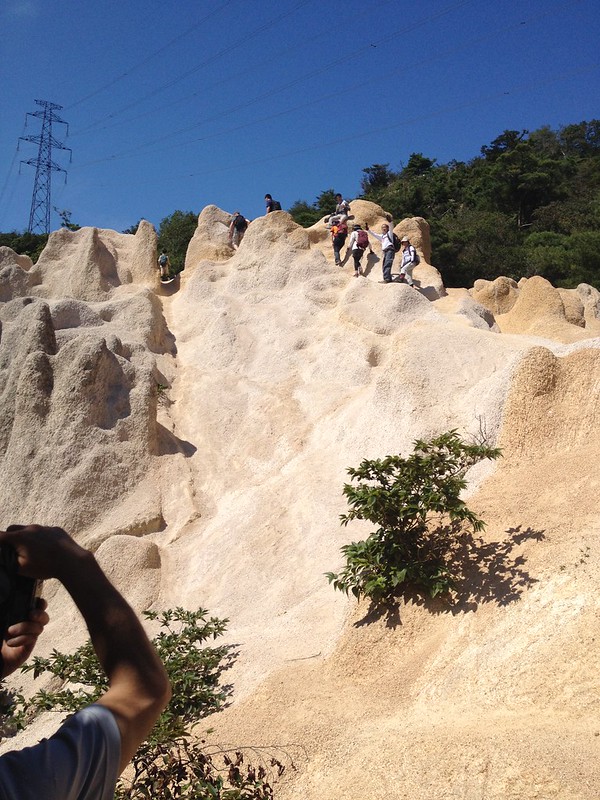 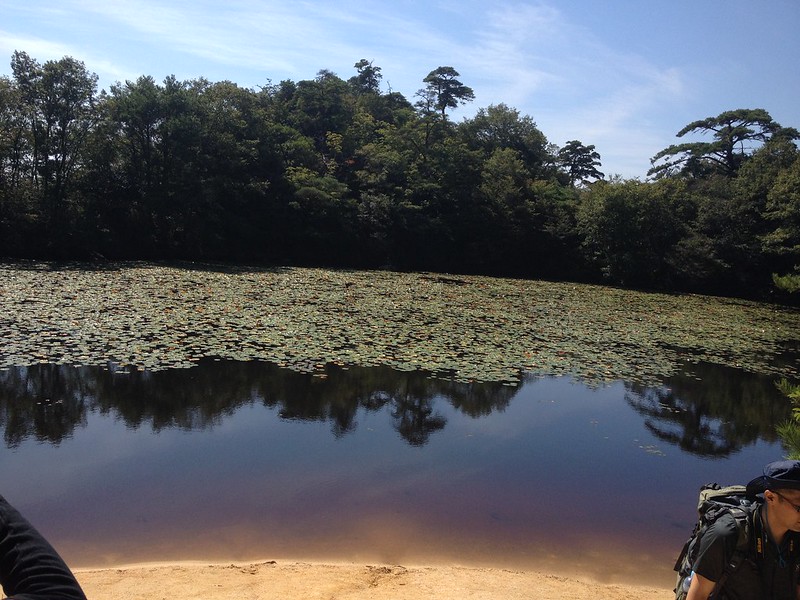 A small pond on top of the mountain. 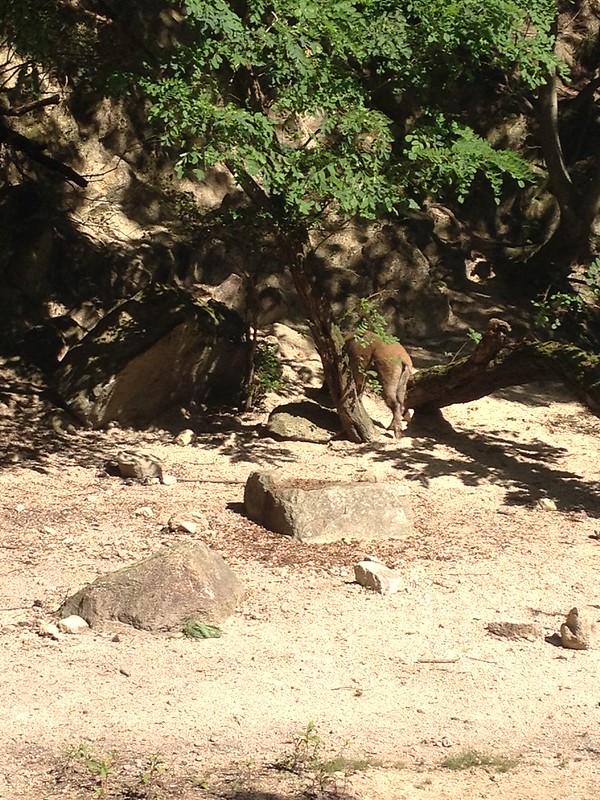 Unfortunately though, because of time constraint we did not make it to Mt. Arechi but still it was a great day.

Yesterday, I watch my very first Rugby game. It was amazing.

A good friend Miss I was able to get us some free ticket from her company , so thankfully we did not have to line up for tickets and pay anything. I did not expect anything from the game since I really don’t watch Rugby. All I know is that there are going to be lots of men chasing after their balls with really cute butts :D. As the game progresses, I can’t helped but shout and jump as each team fought to get a touchdown.

Although it was just an exhibition game both team gave their all. Unfortunately though Japan team lost. Maori All blacks is a very strong opponent. It seems that the next exhibition game will be in Tokyo, so if you are there, I highly recommend it 🙂

To the Maori All Blacks and their fans, Congratulations.

To the Japanese Team. お疲れ様でした。頑張ってください。 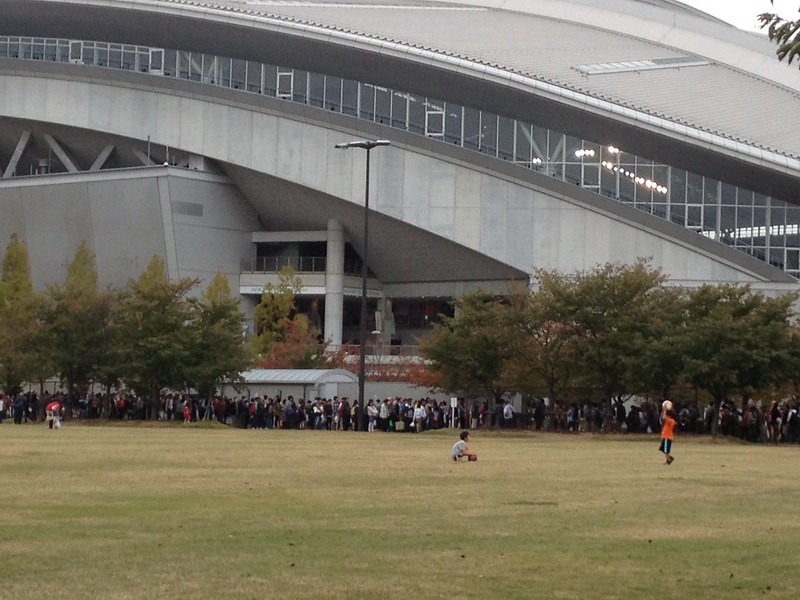 The long line of viewers waiting to get into the stadium. 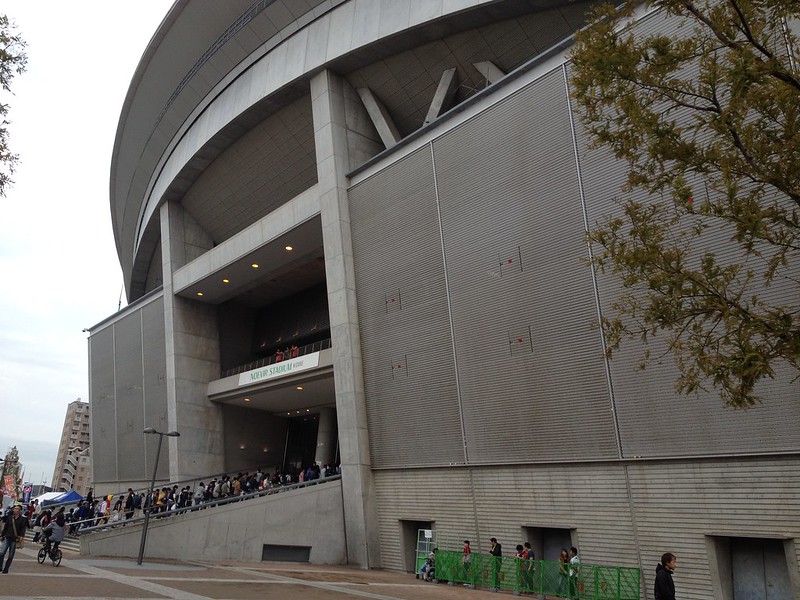 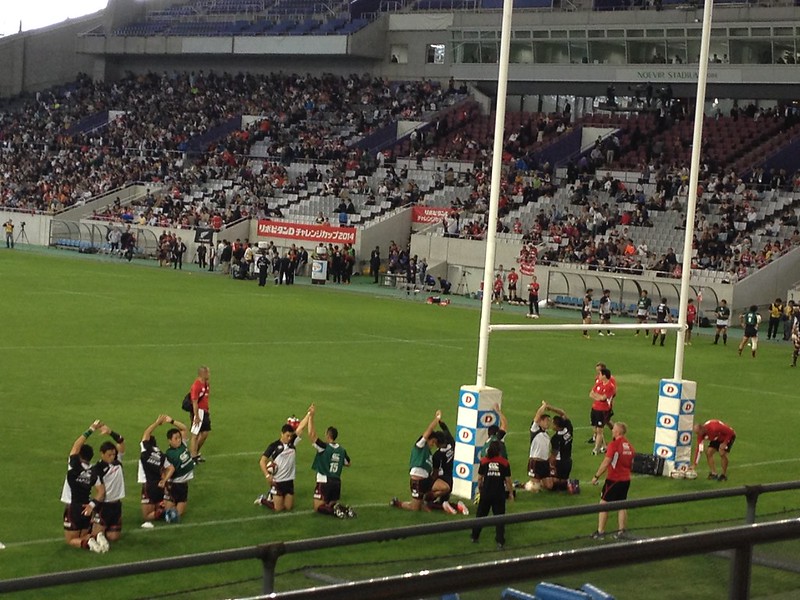 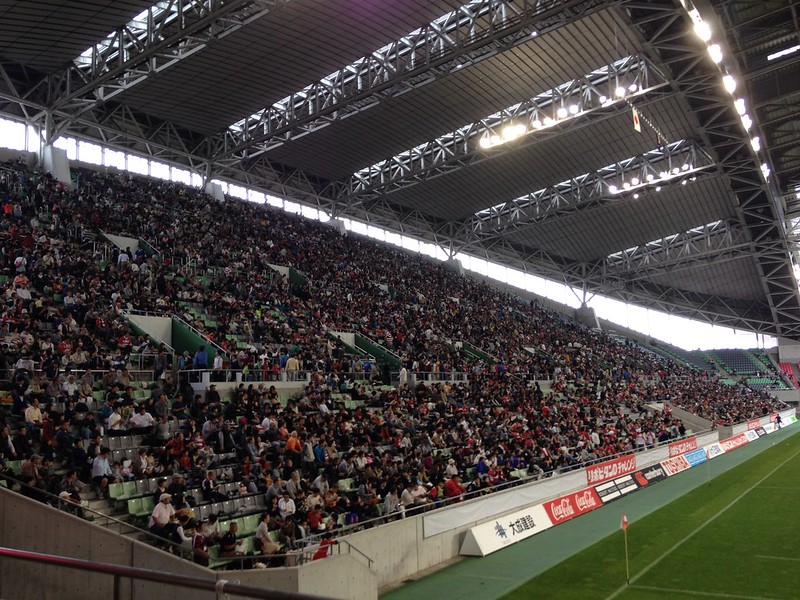 Eagerly waiting for the game to start. 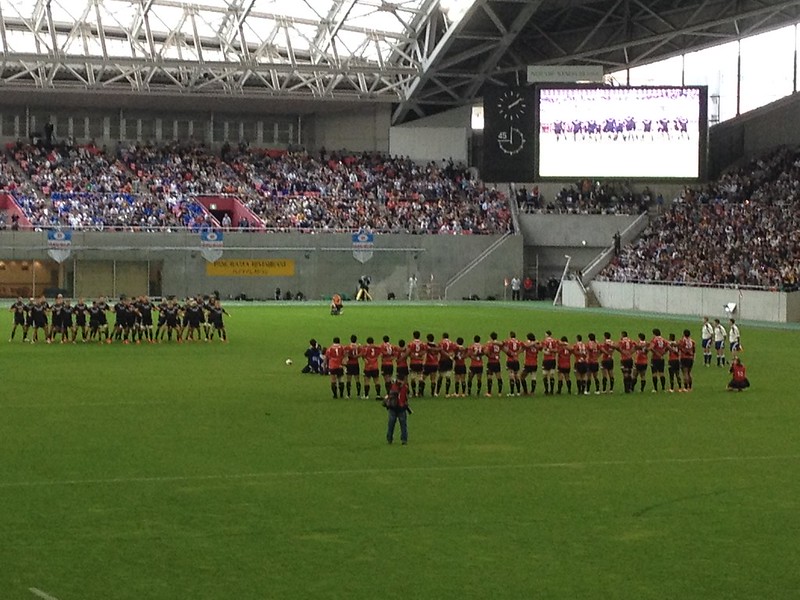 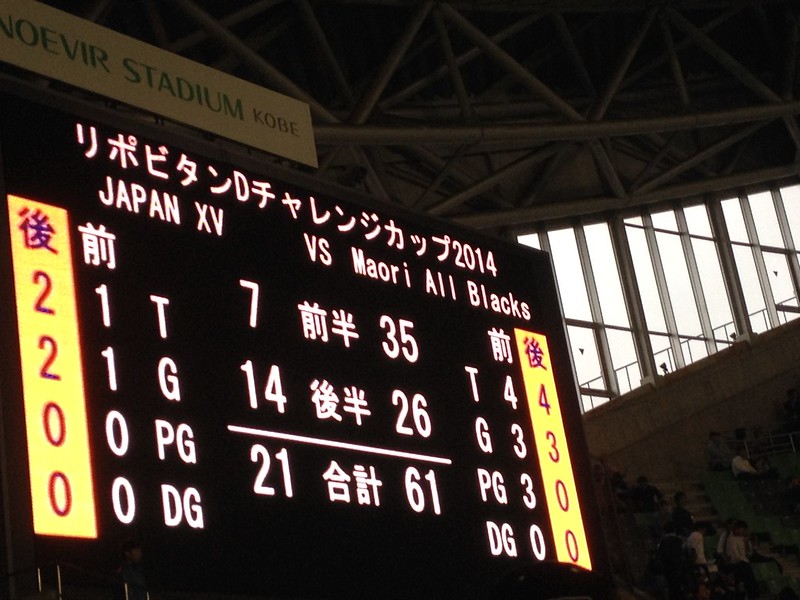 Ashiya(芦屋) City is part of Hyogo Prefecture and is located between Osaka and Kobe.

I found these manhole covers last year and feature it in this post but I feel like posting them in a separate, dedicated post just for it :). 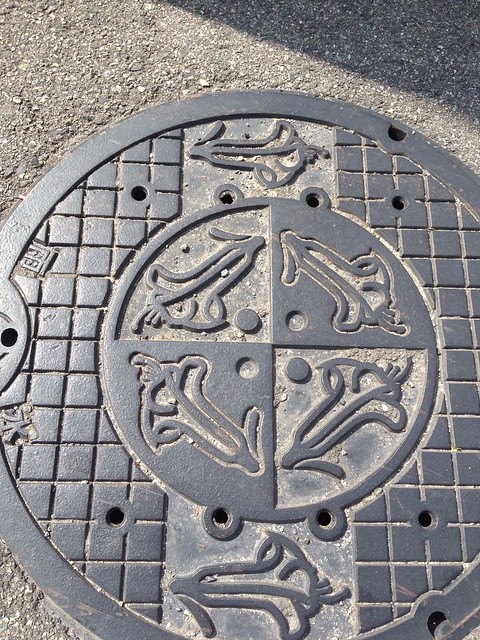 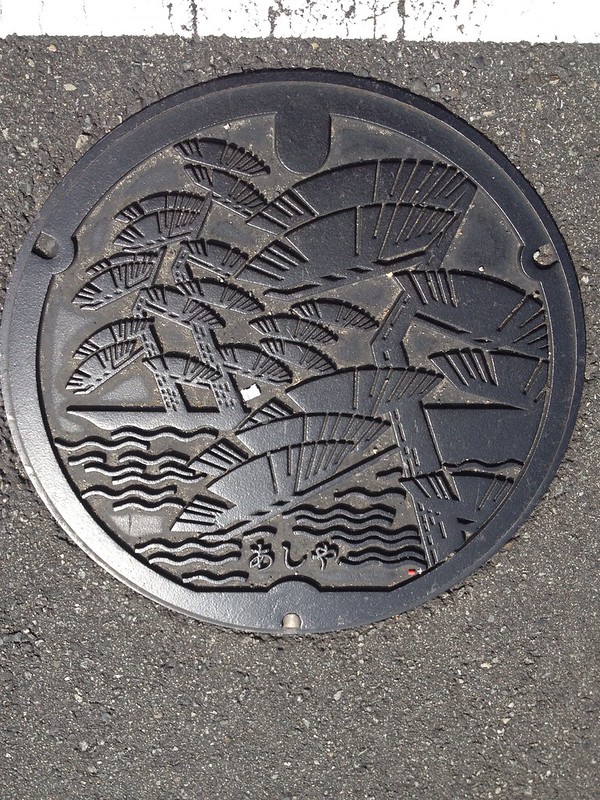 This one I am a bit doubtful. It does not look like a tree, it looks more like a boat in the water. I found this near the Marina so I guess it it same to assume that this maybe different kind of boats in the Marina.